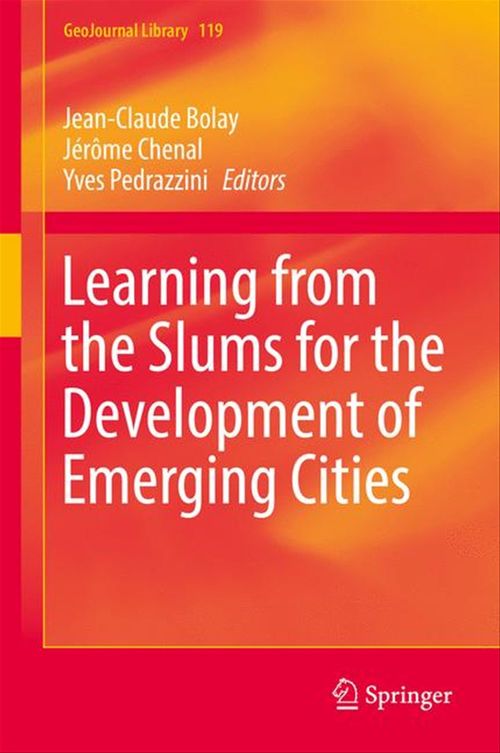 Learning from the Slums for the Development of Emerging Cities

This book deals with slums as a specific question and a central focus in urban planning. It radically reverses the official version of the history of world cities as narrated during decades: slums are not at the margin of the contemporary process of urbanization; they are an integral part of it. Taking slums as its central focus and regarding them as symptomatic of the ongoing transformations of the city, the book moves to the very heart of the problem in urban planning. The book presents 16 case studies that form the basis for a theory of the slum and a concrete development manual for the slum. The interdisciplinary approach to analysing slums presented in this volume enables researchers to look at social and economic dimensions as well as at the constructive and spatial aspects of slums. Both at the scientific and the pedagogical level, it allows one to recognize the efforts of the slum's residents, key players in the past, and present development of their neighborhoods, and to challenge public and private stakeholders on priorities decided in urban planning, and their mismatches when compared to the findings of experts and the demands of users. Whether one is a planner, an architect, a developer or simply an inhabitant of an emerging city, the presence of slums in one's environment - at the same time central and nonetheless incongruous - makes a person ask questions. Today, it is out of the question to be satisfied with the assumption of the marginality of slums, or of the incongruous nature of their existence. Slums are now fully part of the urban landscape, contributing to the identity and the urbanism of cities and their stakeholders.