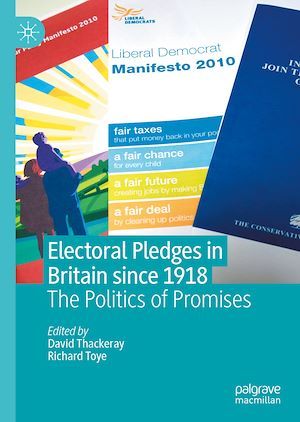 Electoral Pledges in Britain Since 1918

Nobody doubts that politicians ought to fulfil their promises - what people cannot agree about is what this means in practice. The purpose of this book is to explore this issue through a series of case studies. It shows how the British model of politics has changed since the early twentieth century when electioneering was based on the articulation of principles which, it was expected, might well be adapted once the party or politician that promoted them took office. Thereafter manifestos became increasingly central to electoral politics and to the practice of governing, and this has been especially the case since 1945. Parties were now expected to outline in detail what they would do in office and explain how the policies would be paid for. Brexit has complicated this process, with the `will of the people' as supposedly expressed in the 2016 referendum result clashing with the conventional role of the election manifesto as offering a mandate for action.