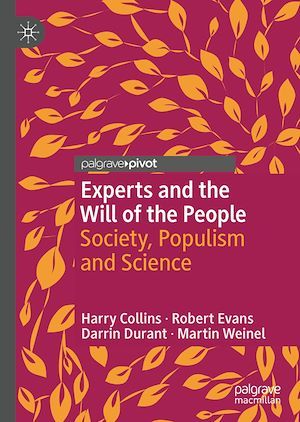 Experts and the Will of the People

The rise of populism in the West has led to attacks on the legitimacy of scientific expertise in political decision making. This book explores the differences between populism and pluralist democracy and their relationship with science. Pluralist democracy is characterised by respect for minority choices and a system of checks and balances that prevents power being concentrated in one group, while populism treats minorities as traitorous so as to concentrate power in the government. The book argues that scientific expertise - and science more generally -- should be understood as one of the checks and balances in pluralist democracies. It defends science as `craftwork with integrity' and shows how its crucial role in democratic societies can be rethought and that it must be publicly explained. This book will be of value to scholars and practitioners working across STS as well as to anyone interested in decoding the populist agenda against science.