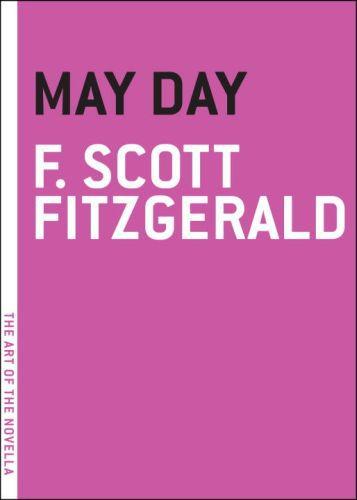 "All crowds have to howl."Although F.Scott Fitzgerald is known for the kind of subtle, polished social commentary found in his masterpiece The Great Gatsby, his little-known novella May Day is unique in that it is the most raw, directly political commentary he ever wrote, and one of the most desperate works in his oeuvre.
It is a tale of the brutalities of the American class system-of privileged college boys, returned from a bloody war, and a group of intellectual left-wing journalists, all coming into confrontation in the heart of New York City on Mayday at the end of World War I. Fitzgerald's fine eye for detail is on special display and his relentless plot leads to one of his most shocking climaxes, in what is the first and only stand alone version of this rarity.
The Art of The Novella Series Too short to be a novel, too long to be a short story, the novella is generally unrecognized by academics and publishers. Nonetheless, it is a form beloved and practiced by literature's greatest writers. In the Art Of The Novella series, Melville House celebrates this renegade art form and its practitioners with titles that are, in many instances, presented in book form for the first time.
From the Trade Paperback edition.