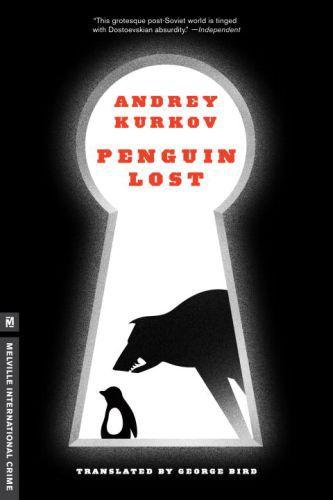 The longawaited sequel to the acclaimed Death and the PenguinAndrey Kurkov’s first book to be published in English, Death and the Penguin, was hailed by leading critics in the US and the UK as yes'>ldquo;a tragicomic masterpieceyes'>rdquo; (The Daily Telegraph) of suspense about life on the crimeriddled streets of an impoverished, postSoviet Kiev. But until now, fans haven’t been able to read the sequel and find out what happened to Viktor and his silent cohort, the penguin Misha, whom Viktor was forced to abandon at the end of the novel while fleeing Mafia vengeance.Admirers need wait no longer. Now available for the first time in the US, Penguin Lost sees Viktor grab at the opportunity to return to Kiev incognito and launch an intensive, guiltwracked search for Misha.It’s a search that will take Viktor across the Ukraine to Moscow and back, vividly depicting a troubled landscape. It once again lands Viktor in league with a series of criminals and corrupt officials, each of whom know something of what happened to Misha, and each of whom are willing to pass that information along if Viktor will just help them with one more job. . . And it’s a tale told once again in a style that’s part Bulgakov and part Hitchcock, simultaneously funny and ominous, nearly absurd and alltooreal.Readers may find themselves rooting even harder for Viktor this time, as he presses forward on his odyssey under even more dagerous circumstances, in another brilliantly rich and topical book from a contemporary Russian master.From the Trade Paperback edition.