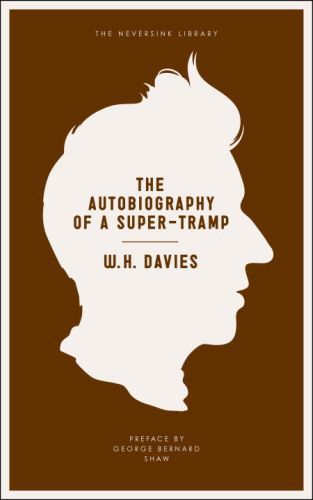 The Autobiography of a Super-Tramp

A vagrant de Tocqueville gives an eloquent, dry-eyed report of his tramping adventures in the violent underworld of late 19th century America and Britain An untutored Welsh tramp who became a popular poet acclaimed by the conservative Georgians and the vanguard Ezra Pound alike, W. H. Davies surprised his contemporaries with the unlikeliest portrait of the artist as a young man ever written.
After a delinquent childhood Davies renounced home and apprenticeship and at twenty-two sailed to America--the first of more than a dozen Atlantic crossings, often made by cattle boat. From 1893 to 1899 he was schooled by the hard men of the road, disdaining regular work and subsisting by begging. Crossing Canada to join the Klondyke gold rush, Davies fell while hopping a train. His foot was crushed and his leg amputated. All the wildness had been taken out of me, Davies wrote, and my adventures after this were not of my own seeking.
Praised by Osbert Sitwell for his primitive splendour and directness, Davies evokes the beauty and frontier violence of turn-of-the-century America in prose that George Bernard Shaw commended to literary experts for its style alone. The insurgent wanderlust that found an American voice in Jack London and Jack Kerouac is expressed here in a raucous true adventure story by the man Shaw called the incorrigible Supertramp who wrote this amazing book.
From the Trade Paperback edition.