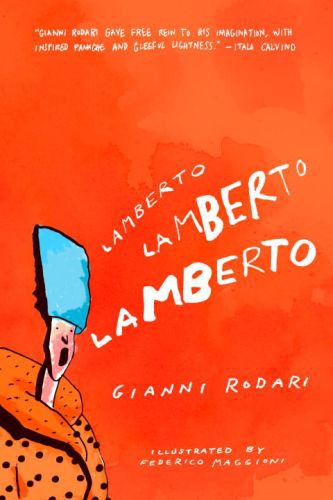 A fable for children and adults: a story of life, death, and terrorism--in the grand tradition of Exupery’s The Little Prince
When we first meet 93-year-old millionaire Baron Lamberto, he has been diagnosed with 24 life-threatening ailments--one for each of the 24 banks he owns. But when he takes the advice of an Egyptian mystic and hires servants to chant his name over and over again, he seems to not only get better, but younger.
Except then a terrorist group lays siege to his island villa, his team of bank managers has to be bussed in to help with the ransom negotiations, and a media spectacle breaks out . . .
A hilarious and strangely moving tale that seems ripped from the headlines--although actually written during the time the Red Brigades were terrorizing Italy--Gianni Rodari’s Lamberto, Lamberto, Lamberto has become one of Italy’s most beloved fables. Never before translated into English, the novel is a reminder, as Rodari writes, that “there are things that only happen in fairytales.”
From the Hardcover edition.