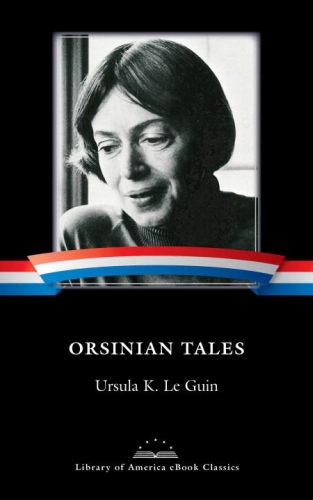 In a career spanning half a century, Ursula K. Le Guin has produced a body of work that testifies to her abiding faith in the power and art of words. She is perhaps best known for imagining future intergalactic worlds in brilliant books that challenge our ideas of what is natural and inevitable in human relations--and that celebrate courage, endurance, risk-taking, and above all, freedom in the face of the psychological and social forces that lead to authoritarianism and fanaticism. it is less well known that she first developed these themes in richly imagined historical fiction set in the imaginary East European country of Orsinia, including the enchanting stories collected in Orsinian Tales. These brilliantly rendered stories recount episodes of personal drama set against a history that spans Orsinia’s emergence as an independent kingdom in the twelfth century to its absorption by the eastern Bloc after World War ii. Here is a dimension of Le Guin's extraordinary literary imagination that will surprise and delight readers. Complete with a newly researched chronology of the author's life and career.