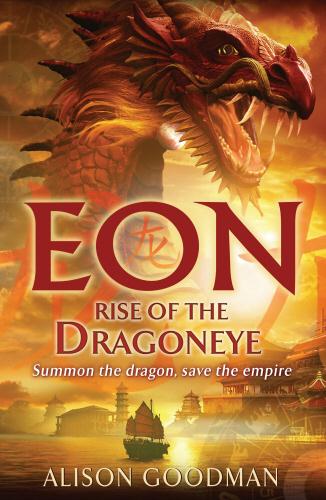 Eon: Rise of the Dragoneye

Twelve-year old Eon has been studying the ancient art of the Dragoneyes for two years. But he is playing a dangerous game: Eon is actually Eona, 16 years old and a girl. Her true identity must remain hidden at all costs: it is forbidden for women to practise the Art, and to be discovered would be punishable by death.

Let down by her injured leg, it seems that Eon is destined to fail in her quest, until a spectacular twist in events catapults her into the opulent but treacherous world of the Imperial court. Without a master to guide her, Eon must learn to harness her unprecedented natural power, while protecting the secret that could cost her everything . . .

Set against a rich backdrop of Ancient Chinese myths and traditions and fraught with tension, this is a classic page-turner.