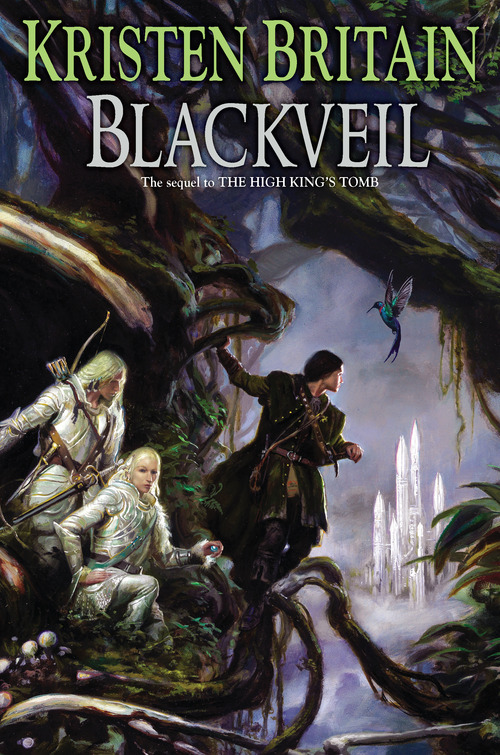 Karigan G'ladheon is a Green Rider-'a seasoned member of the elite messenger corps of King Zachary of Sacoridia. But Karigan is no ordinary Rider, for she was able to transport the evil spirit of Mornhavon into the future, though no one knows how far he has been sent. During this window of relative safety, King Zachary decides to send Karigan and a small contingent of scouts, accompanied by a small group of Eletians-'a magical race who once lived in the lands now tainted by Mornhavon's magic-'into Blackveil Forest.
Though Mornhavon is gone, the forest is still a treacherous place filled with monstrous creatures and deadly traps. And unbeknownst to the band of Eletians and Sacoridians, another small group has entered the forest-'Arcosian descendants who have kept Mornhavon's dark magic alive in secret for centuries, and who now plan to avenge their long ago defeat by bringing Sacoridia to its knees. Blackveil is the fourth novel of the acclaimed Green Rider series.