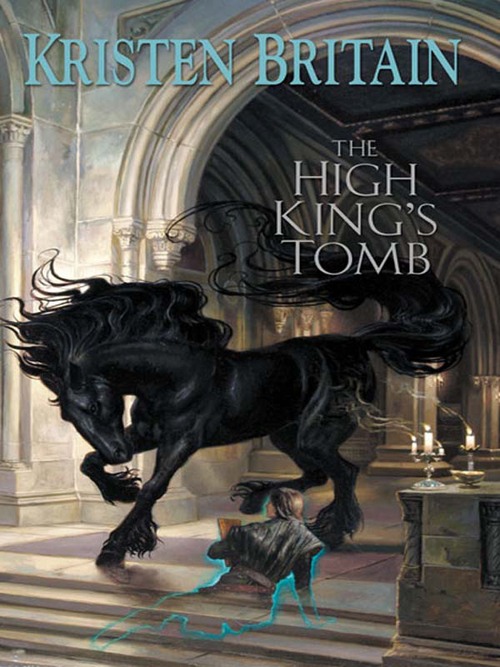 More than a thousand years ago the armies of the Arcosian Empire, led by Mornhavon the Black, crossed the great sea and tried to conquer the land of Sacoridia using terrible dark magic. Eventually Mornhavon had been captured, and his evil spirit imprisoned in Blackveil Forest, protected by the mighty D'Yer Wall; and in the centuries since the war's end, knowledge of the working of magic had disappeared from Sacoridia.
Karigan G'ladheon was now a seasoned Green Rider-'a member of the magical messenger corps of the king. But during her first year as a Rider, a rogue magician had cracked the D'Yer Wall. The spirit of Mornhavon, sensing the weakness, had begun to wake, seeking vengeance. Karigan had managed to transport the spirit of Mornhavon into the future, buying valuable time for her king and country. But how far in the future was Mornhavon now? There was no way to tell.
And though Karigan and her fellow Riders scoured the land searching for lost magical knowledge, they were unaware of a threat to their kingdom that lay far closer: the descendants of ancient enemies had spent generations honing their powers of dark magic-'a force against which the Sacoridians had no defense. The High King's Tomb is the thrilling third installment of the Green Rider series.