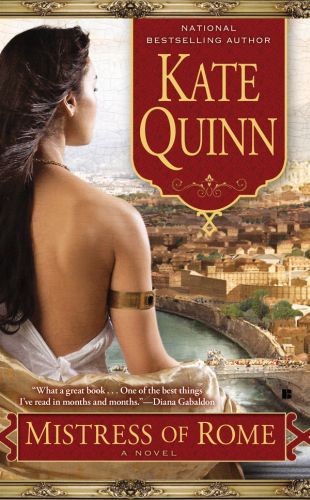 First-century Rome: a world of depravity, blood, and secrets. The ruthless and enigmatic Emperor Domitian watches over all--and fixes his gaze on one humble young woman….
Thea is a slave girl from Judaea, purchased as a toy for the spiteful heiress Lepida Pollia. Now she has infuriated her mistress by capturing the attention of Rome’s newest and most savage gladiator--and though his love brings Thea the first happiness of her life, their affair ends quickly when a jealous Lepida tears them apart.
Remaking herself as a singer for Rome’s aristocrats, Thea unwittingly attracts another admirer: the charismatic Emperor of Rome. But the passions of an all-powerful man come with a heavy price, and Thea finds herself fighting for both her soul and her sanity. Many have tried to destroy the Emperor: a vengeful gladiator, an upright senator, a tormented soldier, a Vestal Virgin. But in the end, the life of Domitian lies in the hands of one woman: the Emperor’s mistress. ;