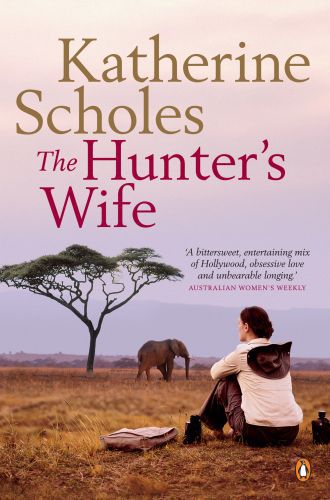 Mara, a young Australian, marries a big-game hunter who lives on the spectacular grasslands of East Africa. Three years later, their safari lodge is in trouble - and so, too, is their marriage.

When a Hollywood movie crew descends to film on location, Mara knows this could be the lodge's salvation. She thrives on her sudden responsibility and independence, but she also finds herself dangerously attracted to the film's leading man.

From an internationally bestselling author comes this poignant love story set against the breathtaking backdrop of Tanzania. The Hunter's Wife is a powerful and moving story of a young woman's heartfelt struggle to reconcile duty and desire.

'Captures the very essence of East Africa... one of Australia's most respected women's fiction authors.'

'Beautifully written and a crowd-pleaser.'

'A moving tale of love, duty and desire.'

This book has just about everything . . . A deeply moving love story . . . In a word, unputdownable.