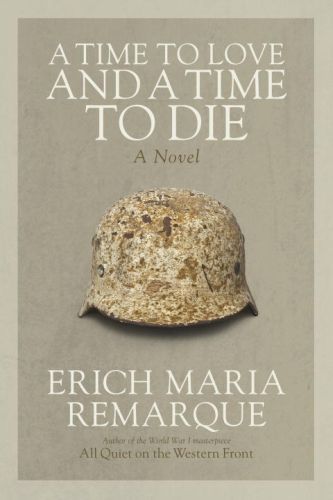 A Time to Love and a Time to Die

From the quintessential author of wartime Germany, A Time to Love and a Time to Die echoes the harrowing insights of his masterpiece All Quiet on the Western Front.
After two years at the Russian front, Ernst Graeber finally receives three weeks’ leave. But since leaves have been canceled before, he decides not to write his parents, fearing he would just raise their hopes.
Then, when Graeber arrives home, he finds his house bombed to ruin and his parents nowhere in sight. Nobody knows if they are dead or alive. As his leave draws to a close, Graeber reaches out to Elisabeth, a childhood friend. Like him, she is imprisoned in a world she did not create. But in a time of war, love seems a world away. And sometimes, temporary comfort can lead to something unexpected and redeeming.
“The world has a great writer in Erich Maria Remarque. He is a craftsman of unquestionably first rank, a man who can bend language to his will. Whether he writes of men or of inanimate nature, his touch is sensitive, firm, and sure.”--The New York Times Book Review
From the Trade Paperback edition.