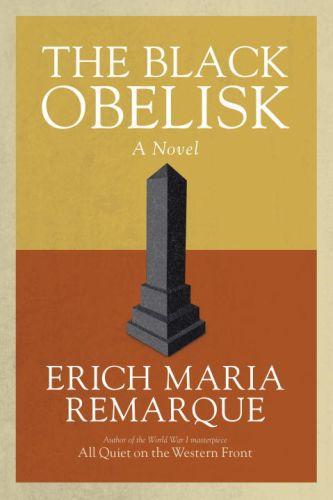 From the author of the masterpiece All Quiet on the Western Front, The Black Obelisk is a classic novel of the troubling aftermath of World War I in Germany.
A hardened young veteran from the First World War, Ludwig now works for a monument company, selling stone markers to the survivors of deceased loved ones. Though ambivalent about his job, he suspects there’s more to life than earning a living off other people’s misfortunes.
A self-professed poet, Ludwig soon senses a growing change in his fatherland, a brutality brought upon it by inflation. When he falls in love with the beautiful but troubled Isabelle, Ludwig hopes he has found a soul who will offer him salvation--who will free him from his obsession to find meaning in a war-torn world. But there comes a time in every man’s life when he must choose to live--despite the prevailing thread of history horrifically repeating itself.
“The world has a great writer in Erich Maria Remarque. He is a craftsman of unquestionably first rank, a man who can bend language to his will. Whether he writes of men or of inanimate nature, his touch is sensitive, firm, and sure.”--The New York Times Book Review