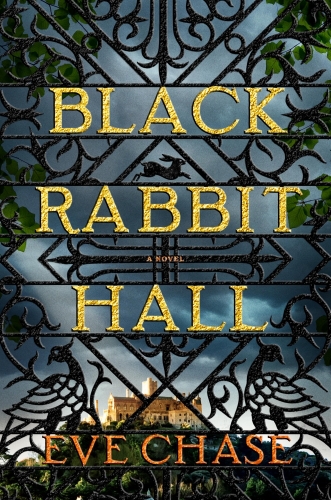 For fans of Kate Morton and Daphne du Maurier, here’s a magnetic debut novel of wrenching family secrets, forbidden love, and heartbreaking loss housed within the grand gothic manor of Black Rabbit Hall.
Amber Alton knows that the hours pass differently at Black Rabbit Hall, her London family’s country estate, where no two clocks read the same. Summers there are perfect, timeless. Not much ever happens. Until, of course, it does.
More than three decades later, Lorna is determined to be married within the grand, ivy-covered walls of Pencraw Hall, known as Black Rabbit Hall among the locals. But as she’s drawn deeper into the overgrown grounds, half-buried memories of her mother begin to surface and Lorna soon finds herself ensnared within the manor’s labyrinthine history, overcome with an insatiable need for answers about her own past and that of the once-happy family whose memory still haunts the estate.
Stunning and atmospheric, this debut novel is a thrilling spiral into the hearts of two women separated by decades but inescapably linked by the dark and tangled secrets of Black Rabbit Hall.
From the Hardcover edition.