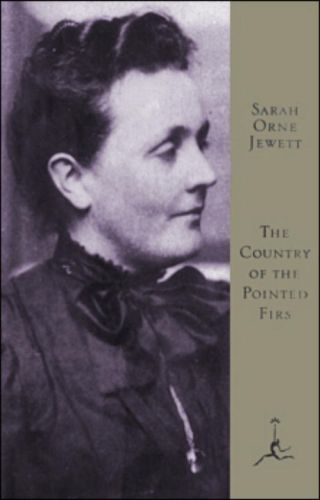 The Country of the Pointed Firs and Other Stories

Sarah Orne Jewett's The Country of the Pointed Firs was published in 1896, and it quickly garnered a reputation for its truthfulness and the quality of its writing. Rudyard Kipling described it as 'immenseit is the very life,' and Henry James praised it for being 'absolutely truenot a word overdonesuch elegance and exactness.'The Country of the Pointed Firs, is a concisely written and beautifully wrought episodic novel of a young woman writer's summer sojourn in the Maine fishing village of Dunnet Landing. Through Jewett, the young woman conveys the effect of her deepening connections to the people of Dunnet Landing, especially the sibylline Mrs. Todd, and her empathy with the mysteries of the coastal life, one where the land and the sea have equal influence.This Modern Library edition includes additional Dunnet Landing stories that were published between 1896 and 1910.