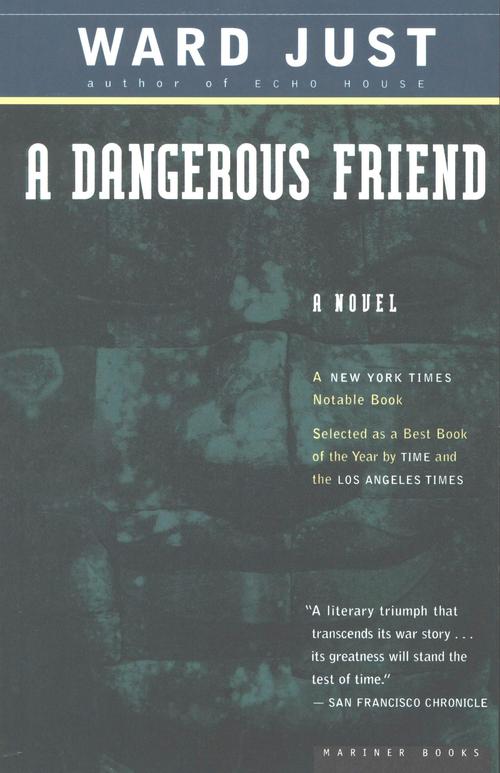 In this, his twelfth novel, Ward Just penetrates more deeply into America's role in the world than he has ever done before. This beautifully constructed large-canvas novel of Saigon in 1965 can be justly compared to Joseph Conrad's NOSTROMO or Graham Greene's THE QUIET AMERICAN. A DANGEROUS FRIEND is a thrilling narrative roiling with intrigue, mayhem, and betrayal. Here is the story of conscience and its consequences among those for whom Vietnam was neither the right fight nor the wrong fight but the only fight. The exotic tropical surroundings, the coarsening and corrupting effects of a colonial regime, the visionary delusions of the American democratizers, all play their part. In A DANGEROUS FRIEND, a few civilians with bright minds and sunny intentions want to reform Vietnam -- but the Vietnam they see isn't the Vietnam that is. Sydney Parade, a political scientist, has left home and family in an effort to become part of something larger than himself, a foreign-aid operation in Saigon. Even before he arrives, he encounters French and Americans who reveal to him the unsettling depths of a conflict he thought he understood -- and in Saigon, the Vietnamese add yet another dimension. Before long, the rampant missteps and misplaced ideals trap Parade and others in a moral crossfire.