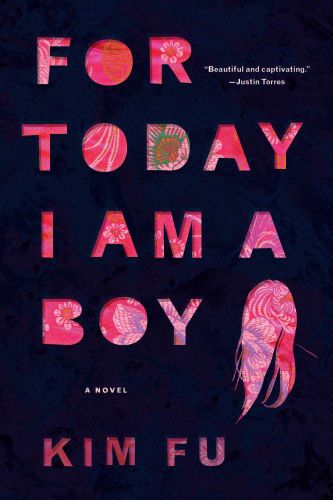 For Today I Am a Boy

Long-listed for the 2014 Flaherty-Dunnan First Novel Prize A Barnes & Noble Discover Great New Writers Spring 2014 selection A New York Times Book Review Editors' Choice Sensitively wrought . . . For Today I Am a Boy is as much about the construction of self as the consequences of its unwitting destruction--and what happens when its acceptance seems as foreign as another country. --New York Times Book Review Subtle and controlled, with flashes of humor and warmth. --Slate At birth, Peter Huang is given the Chinese name Juan Chaun, powerful king. To his parents, newly settled in small-town Ontario, he is the exalted only son in a sea of daughters, the one who will finally fulfill his immigrant fathers dreams of Western masculinity. Peter and his sisters grow up in an airless house of order and obligation, though secrets and half-truths simmer beneath the surface. At the first opportunity, each of the girls lights out on her own. But for Peter, escape is not as simple as fleeing his parents home. Though his father crowned him powerful king, Peter knows otherwise. He knows he is really a girl. With the help of his far-flung sisters and the sympathetic souls he finds along the way, Peter inches ever closer to his own life, his own skin, in this darkly funny, emotionally acute, stunningly powerful debut. Keeps you reading. Told in snatches of memory that hurt so much they have the ring of truth. --Bust magazine