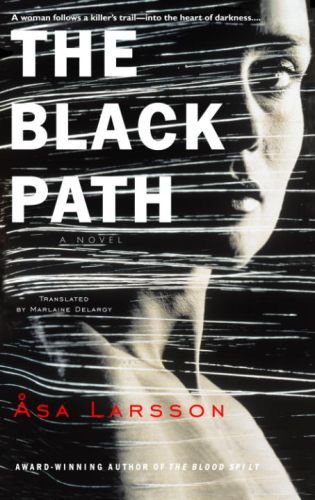 A grisly torture-murder, a haunting northern Sweden backdrop, and a dark drama of twisted sexuality collide memorably in Åsa Larsson's masterpiece of suspense--a tale of menace, hope, longing, and darkness beyond imagining.
The dead woman was found on a frozen lake, her body riddled with evidence of torture. Instantly, Inspector Anna-Maria Mella knows she needs help. Because the dead woman--found in workout clothes with lacy underwear beneath them--was a key player in a mining company whose tentacles reach across the globe. Anna-Maria needs a lawyer to help explain some things--and she knows one of the best.
Attorney Rebecka Martinsson is desperate to get back to work, to feel alive again after a case that almost destroyed her. Soon Rebecka is prying into the affairs of the dead woman's boss, the founder of Kallis Mining, whose relationship with his star employee was both complex and ominous. But what Rebecka and Anna-Maria are about to uncover--a tangled drama of secrets, perversion, and criminality--will lay bare a tale as shocking as it is sad...about a man's obsession, a woman's lonely death, and a killer's cold, cold heart.
From the Trade Paperback edition.