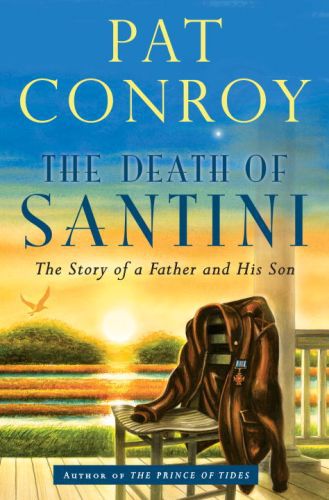 The Death of Santini

NEW YORK TIMES BESTSELLER • Look for special features inside. Join the Random House Reader’s Circle for author chats and more.
Pat Conroy’s great success as a writer has always been intimately linked with the exploration of his family history. As the oldest of seven children who were dragged from military base to military base across the South, Pat bore witness to the often cruel and violent behavior of his father, Marine Corps fighter pilot Donald Patrick Conroy. While the publication of The Great Santini brought Pat much acclaim, the rift it caused brought even more attention, fracturing an already battered family. But as Pat tenderly chronicles here, even the oldest of wounds can heal. In the final years of Don Conroy’s life, the Santini unexpectedly refocused his ire to defend his son’s honor.
The Death of Santini is a heart-wrenching act of reckoning whose ultimate conclusion is that love can soften even the meanest of men, lending significance to the oft-quoted line from Pat’s novel The Prince of Tides: “In families there are no crimes beyond forgiveness.”
Praise for The Death of Santini
“A brilliant storyteller, a master of sarcasm, and a hallucinatory stylist whose obsession with the impress of the past on the present binds him to Southern literary tradition.”--The Boston Globe
“A painful, lyrical, addictive read that [Pat Conroy’s] fans won’t want to miss.”--People
“Conroy’s conviction pulls you fleetly through the book, as does the potency of his bond with his family, no matter their sins.”--The New York Times Book Review
“Vital, large-hearted and often raucously funny.”--The Washington Post
“Conroy writes athletically and beautifully, slicing through painful memories like a point guard splitting the defense.”--Minneapolis Star Tribune
From the Trade Paperback edition.