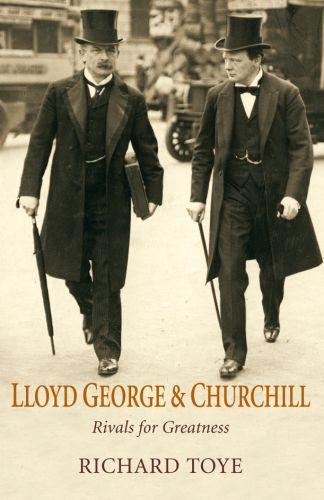 The two most significant British political figures of the twentieth-century, Churchill and Lloyd George were political rivals but personal friends. Between them their ministerial careers spanned seventy years and two world wars. Althought they could not have been more different temperamentally, and often disagreed violently about politics, theirs was 'the longest political friendship in the life of Great Britain' and Churchill was the only person outside his family to call Lloyd George 'David'. Richard Toye's book is a dynamic account of their relationship. Drawing on diaries and letters, some never before published, (there are more than 1,000 pieces of correspondence between the two men), he explores their long-standing friendship and rivalry, the impact they had on each other's careers, and the fate of their respective reputations, arguing that Lloyd George's major achievements have been undeservedly overshadowed, in part as a consequence of Churchill's later mythmaking. It is a major work from a brilliant young historian.