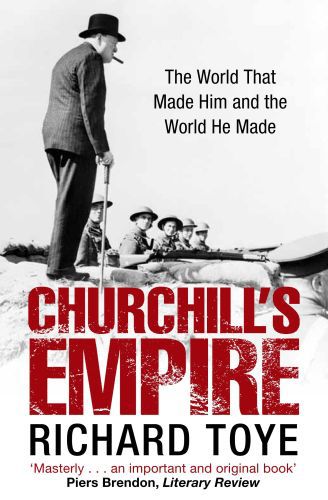 Churchill's image is as an imperial diehard, implacably opposed to colonial freedom. However, his relationship to Empire is far more complex and ambigious. Written by the acclaimed young historian Richard Toye, this absorbing book is the first to provide a comprehensive account of Churchill's lifelong involvement with Empire, from his childhood schooldays to his final premiership in the 1950s. Combining a lightness of touch and surprising detail with expert and insightful hypotheses, and drawing upon a wealth of published and unpublished evidence from private diaries to African war poetry Churchill's Empire provides a vivid and dynamic account of a remarkable man and an extraordinary era.