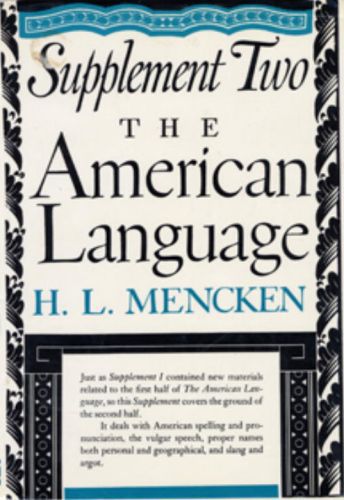 Perhaps the first truly important book about the divergence of American English from its British roots, this survey of the language as it was spoken-and as it was changing-at the beginning of the 20th century comes via one of its most inveterate watchers, journalist, critic, and editor HENRY LOUIS MENCKEN (1880-1956).In this replica of the 1921 "revised and enlarged" second edition, Mencken turns his keen ear on:
The general character of American English loan-words and non-English influences expletives and forbidden words American slang the future of the language and much, much more.
Anyone fascinated by words will find this a thoroughly enthralling look at the most changeable language on the face of the planet.