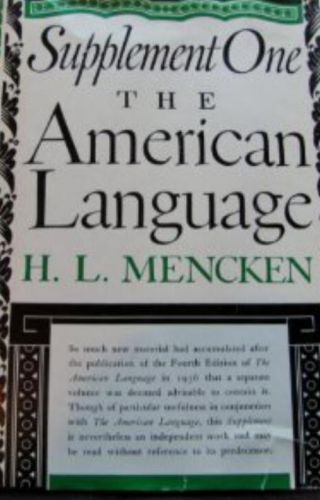 The DEFINITIVE EDITION OF The American Language was published in 1936. Since then it has been recognized as a classic. It is that rarest of literary accomplishments--a book that is authoritative and scientific and is at the same time very diverting reading. But after 1936 HLM continued to gather new materials diligently. In 1945 those which related to the first six chapters of The American Language were published as Supplement I; the present volume contains those new materials which relate to the other chapters.
The ground thus covered in Supplement II is as follows:
1. American Pronunciation. Its history. Its divergence from English usage. The regional and racial dialects.
2. American Spelling. The influence of Noah Webster upon it. Its characters today. The simplified spelling movement. The treatment of loan words. Punctuation, capitalization, and abbreviation.
3. The Common Speech. Outlines of its grammar. Its verbs, pronouns, nouns, adjectives, and adverbs. The double negative. Other peculiarities.
4. Proper Names in America. Surnames. Given-names. Place-names. Other names.
5. American Slang. Its origin and history. The argot of various racial and occupational groups.
Although the text of Supplement II is related to that of The American Language, it is an independent work that may be read profitably by persons who do not know eithe The American Language or Supplement I.