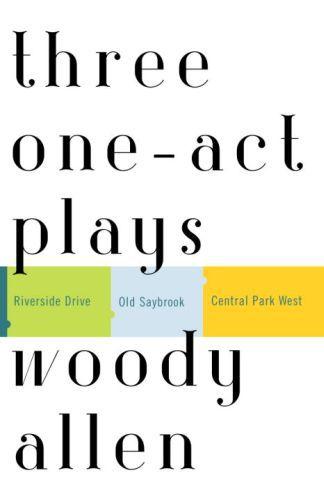 Three delightful one-act plays set in and around New York, in which sophisticated characters confound one another in ways only Woody Allen could imagine
Woody Allen's first dramatic writing published in years, "Riverside Drive," "Old Saybrook," and "Central Park West" are humorous, insightful, and unusually readable plays about infidelity. The characters, archetypal New Yorkers all, start out talking innocently enough, but soon the most unexpected things arise--and the reader enjoys every minute of it (though not all the characters do).
These plays (successfully produced on the New York stage and in regional theaters on the East Coast) dramatize Allen's continuing preoccupation with people who rationalize their actions, hide what they're doing, and inevitably slip into sexual deception--all of it revealed in Allen's quintessentially pell-mell dialogue.
From the Trade Paperback edition.