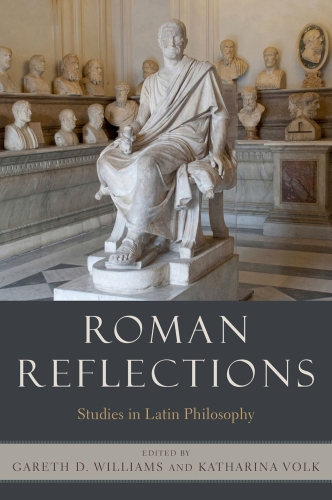 When the Romans adopted Greek literary genres and artistic techniques, they did not slavishly imitate their models but created vibrant and original works of literature and art in their own right. The same is true for philosophy, notwithstanding the fact that the rich Roman philosophical tradition is still all too often treated as a mere footnote to the history of Greek philosophy. This volume aims to reassert the significance of Roman philosophy and to explore the Romanness of philosophical writings and practices in the Roman world, endeavoring to show that the Romans in their creative adaptation of Greek modes of thought developed sophisticated forms of philosophical discourse shaped by their own history and institutions, concepts, and values--and last--but not least--by the Latin language, which nearly all Roman philosophers used to express their ideas. This volume of thirteen chapters by an international group of specialists in ancient philosophy, Latin literature, and Roman social and intellectual history moves from Roman attitudes to and practices of philosophy to the great late Republican writers Cicero and Lucretius, then onwards to the early Empire and the work of Seneca the Younger, and finally to Epictetus, Apuleius, and Augustine. Using a variety of approaches, the essays demonstrate the diversity and originality of Roman philosophical discourse over the centuries.