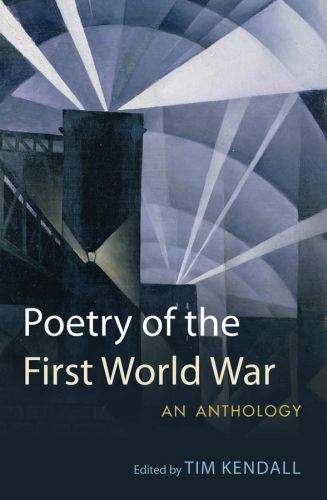 Poetry of the First World War: An Anthology

The First World War produced an extraordinary flowering of poetic talent, poets whose words commemorate the conflict more personally and as enduringly as monuments in stone. Lines such as What passing-bells for these who die as cattle? and They shall grow not old, as we that are left grow old have come to express the feelings of a nation about the horrors and aftermath of war. This new anthology provides a definitive record of the achievements of the Great Warpoets. As well as offering generous selections from the celebrated soldier-poets, including Wilfred Owen, Siegfried Sassoon, Rupert Brooke, and Ivor Gurney, it also incorporates less well-known writing by civilian and women poets. Music hall and trench songs provide a further lyrical perspective onthe War. A general introduction charts the history of the war poets reception and challenges prevailing myths about the war poets progress from idealism to bitterness. The work of each poet is prefaced with a biographical account that sets the poems in their historical context. Although the War has now passed out of living memory, its haunting of our language and culture has not been exorcised. Its poetry survives because it continues to speak to and about us.