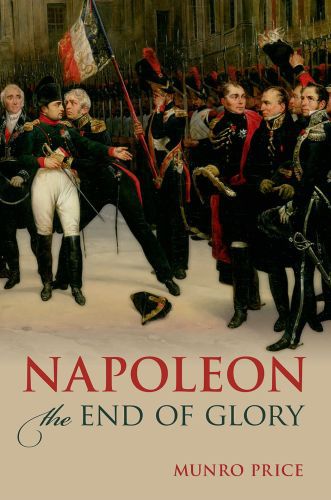 Napoleon: The End of Glory

Napoleon: The End of Glory tells the story of the dramatic two years that led to Napoleons abdication in April 1814. Though crucial to European history, they remain strangely neglected, lying between the two much better-known landmarks of the retreat from Moscow and the battle of Waterloo. Yet this short period saw both Napoleons loss of his European empire, and of his control over France itself. In 1813 the massive battle of Leipzig - the bloodiest inmodern history before the first day of the Somme - forced his armies back to the Rhine. The next year, after a brilliant campaign against overwhelming odds, Napoleon was forced to abdicate and exiled to Elba. He regained his throne the following year, for just a hundred days, in a doomed adventure whose defeatat Waterloo was predictable. The most fascinating - and least-known - aspect of these years is that at several key points Napoleons enemies offered him peace terms that would have allowed him to keep his throne, if not his empire, a policy inspired by the brilliant and devious Austrian foreign minister Metternich. Napoleon: The End of Glory sheds fascinating new light on Napoleon, Metternich, and many other key figures and events in this dramatic period of European history, drawing on previously unused archivesin France, Austria, and the Czech Republic. Through these it seeks to answer the most important question of all - why, instead of accepting a compromise, Napoleon chose to gamble on total victory at the risk of utter defeat?