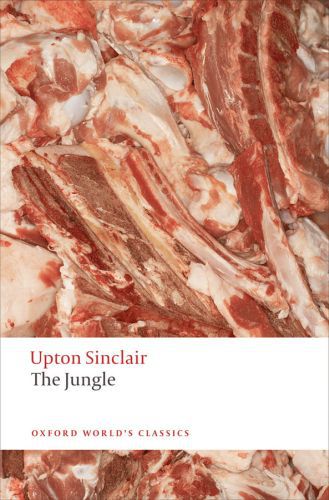 He was of no consequence - he was flung aside, like a bit of trash, the carcass of some animal. It was horrible, horrible!'

Upton Sinclair's searing novel follows the fortunes of Jurgis Rudkus, a young Lithuanian who comes to America with his fiancée and family in search of a better life. What he finds in the stockyards of turn-of-the-century Chicago is a ruthless system that degrades and impoverishes him, and an industry whose filthy practices contaminate the meat it processes. From the stench of the killing-beds to the horrors of the fertilizer-works, the appalling conditions in which Jurgis works are
described in documentary detail by an author intent on social reform. So powerful was the book's effect that it led to changes to the food hygiene laws in the United States. Despite this success, the issues of immigrant exploitation and food adulteration addressed by the novel are still very much in evidence
today. This new edition considers The Jungle's impact, and its disputed status as propaganda or literature.