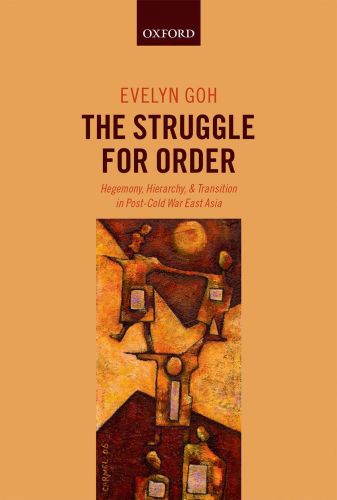 The Struggle for Order: Hegemony, Hierarchy, and Transition in Post-Co

How has world order changed since the Cold War ended? Do we live in an age of American empire, or is global power shifting to the East with the rise of China? Arguing that existing ideas about balance of power and power transition are inadequate, this book gives an innovative reinterpretation of the changing nature of U.S. power, focused on the order transition in East Asia. Hegemonic power is based on both coercion and consent, and hegemony is crucially underpinned by shared norms and values. Thus hegemons must constantly legitimize their unequal power to other states. In periods of strategic change, the most important political dynamics centre on this bargaining process, conceived here as the negotiation of a social compact. This book studies the re-negotiation of this consensual compact between the U.S., China, and other states in post-Cold War East Asia. Itanalyses institutional bargains to constrain and justify power; attempts to re-define the relationship between a regional community and the global economic order; the evolution of great power authority in regional conflict management, and the salience of competing justice claims in memory disputes. Itfinds that U.S. hegemony has been established in East Asia after the Cold War mainly because of the complicity of key regional states. But the new social compact also makes room for rising powers and satisfies smaller states insecurities. The book controversially proposes that the East Asian order is multi-tiered and hierarchical, led by the U.S. but incorporating China, Japan, and other states in the layers below it.