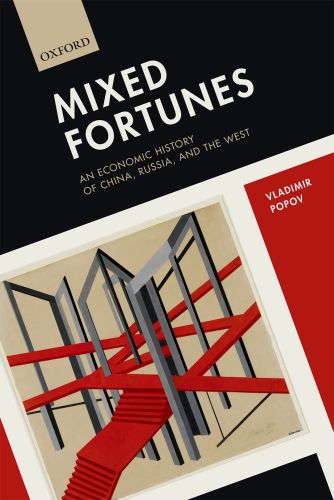 Mixed Fortunes: An Economic History of China, Russia, and the West

The rise of the West is often attributed the presence of certain features in Western countries from the 16th century that were absent in more traditional societies: the abolition of serfdom and Protestant ethics, the protection of property rights, and free universities. The problem with this reasoning is that, before the 16th century, there were many countries with social structures that possessed these same features that didn't experience rapid productivity growth.
This book offers a new interpretation of the 'Great Divergence' and 'Great Convergence' stories. It explores how Western countries grew rich and why parts of the developing world (South and East Asia and the Middle East) did not catch up with the West from 1500 to 1950 but began to narrow the gap after 1950. It also examines why others (Latin America, South Africa, and Russia) were more successful at catching up from 1500 to 1950, but then experienced a slowdown in economic growth compared to
other developing countries. Mixed Fortunes offers a novel interpretation of the rise of the West and of the subsequent development of 'the rest' and China and Russia, important examples of two groups of developing countries, are examined in greater detail.