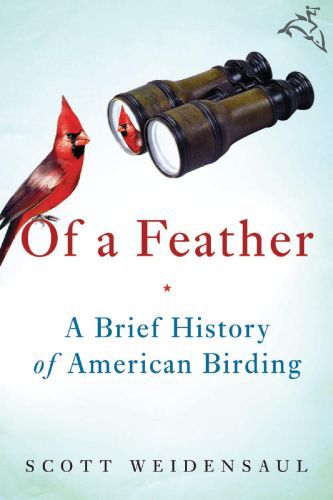 From the moment Europeans arrived in North America, they were awestruck by a continent awash with birds--great flocks of wild pigeons, prairies teeming with grouse, woodlands alive with brilliantly colored songbirds. Of a Feather traces the colorful origins of American birding: the frontier ornithologists who collected eggs between border skirmishes; the society matrons who organized the first effective conservation movement; and the luminaries with checkered pasts, such as Alexander Wilson (a convicted blackmailer) and the endlessly self-mythologizing John James Audubon. Scott Weidensaul also recounts the explosive growth of modern birding that began when an awkward schoolteacher named Roger Tory Peterson published A Field Guide to the Birds in 1934. Today birding counts iPod-wearing teens and obsessive "listers" among its tens of millions of participants, making what was once an eccentric hobby into something so completely mainstream it's now (almost) cool. This compulsively readable popular history will surely find a roost on every birder's shelf.