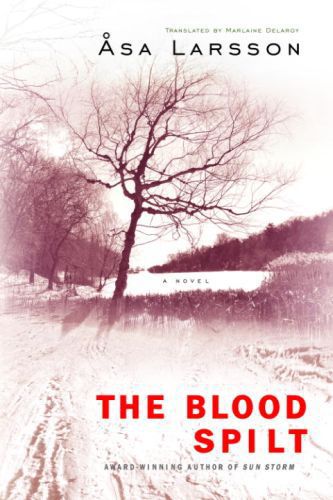 A breath of fresh cold air . . . a dangerous edge to gladden fans of Lisbeth Salander' Boyd TonkinFrom the million-book bestselling author comes another nail-biting thriller, for fans of Stieg Larsson, The Bridge and The Killing TV series.The murder of a female priest sends shockwaves through the isolated community of Kiruna. A crime that has terrifying echoes of another. Lawyer Rebecka Martinsson returns to Kiruna to help the police, and is soon drawn into the dead woman's world. A world of hurt and healing, sin and sexuality, and above all, of lethal sacrifice.Can Rebecka find the truth before she is consumed by it?'Among the current batch of Nordic writers, Larsson is one to be followed with the most minute attention' Barry Forshaw, Independent'A superior example of Scandinavian noir' Julia Handford, Sunday Telegraph'Larsson's laid-back style makes her unflinching probing of the icy depths of the human heart all the more chilling' Jake Kerridge, TelegraphAsa Larsson has sold over a million and a half books worldwide. Her first novel, The Savage Altar, won the award for Sweden's best first crime novel. This is her second novel starring Rebecka Martinsson.