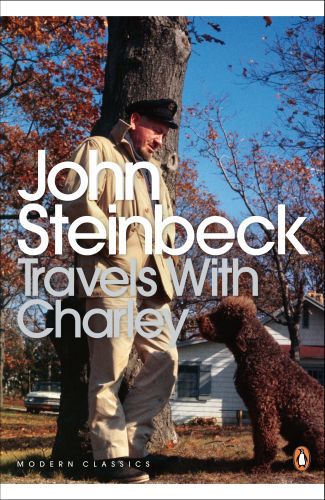 In 1960, when he was almost sixty years old, John Steinbeck set out to rediscover his native land. He felt that he might have lost touch with its sights, sounds and the essence of its people. Accompanied only by his dog, Charley, he travelled all across the United States in a pick-up truck. His journey took him through almost forty states, and he saw things that made him proud, angry, sympathetic and elated. All that he saw and experienced is described with remarkable honesty and insight. Nobel Prize-winning author John Steinbeck is remembered as one of the greatest and best-loved American writers of the twentieth century. During the 1930s, his works included The Red Pony, Pastures of Heaven, Tortilla Flat, In Dubious Battle, and Of Mice and Men. The Grapes of Wrath, published in 1939, earned him a Pulitzer Prize. In 1962, he was awarded the Nobel Prize for Literature.